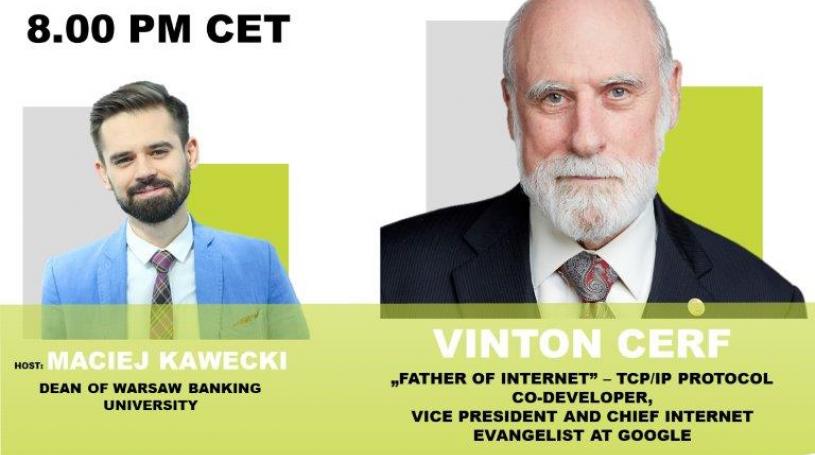 We invite you to the next WEinnovators.club webinar with Vinton Cerf – Vice President and Chief Internet Evangelist at Google, "Father of the Internet”. The meeting is organized by Agencja Rozwoju Przemysłu S.A.

Vinton Cerf has served in executive positions at MCI, the Corporation for National Research Initiatives and the Defense Advanced Research Projects Agency and on the faculty of Stanford University as well as a chairman of the board of the Internet Corporation for Assigned Names and Numbers (ICANN) from 2000-2007. Cerf is a recipient of numerous awards and commendations in connection with his work on the Internet, including the US Presidential Medal of Freedom, US National Medal of Technology, the Queen Elizabeth Prize for Engineering, the Prince of Asturias Award, the Tunisian National Medal of Science, the Japan Prize, the Charles Stark Draper award, the ACM Turing Award, Officer of the Legion d’Honneur and 29 honorary degrees. In December 1994, People magazine identified Cerf as one of that year's "25 Most Intriguing People."

The host of the webinar will be dr Maciej Kawecki of the Warsaw Banking University.

The meeting will take place on Wednesday, 25th of November at 20.00 (CET) on zoom. To take part in the webinar go to:  www.bit.ly/Weinnovators-30