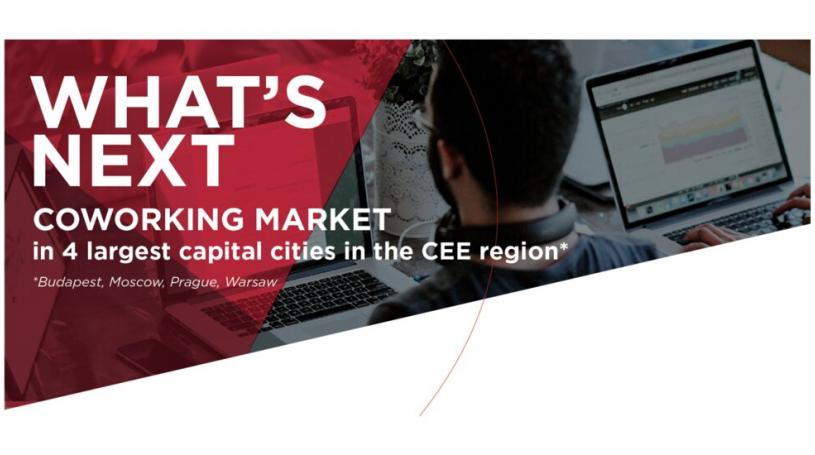 The increased interest of global corporations in coworking spaces was a notable trend that impacted the office markets of the four largest capital cities in Central and Eastern Europe (CEE) in 2018. The total flexible office stock of Budapest, Moscow, Prague and Warsaw stands at 286,000 sqm, accounting for approximately 1% of the combined office market of these cities (29.9 million sqm). Demand generated by coworking operators in 2018 made up 5% of the overall office take-up in the CEE capital cities.

With more than 129,000 sqm of flexible office space, Moscow leads the way among CEE capital cities. Warsaw is the runner-up with 77,400 sqm. Prague and Budapest complement the league table with 37,100 sqm and 17,500 sqm, respectively. The IWG Group (the owner of Regus and Spaces in Poland) remains the leading flexible space operator in the region and has the largest office stock in Budapest, Moscow, and Prague. Warsaw’s top market player is BusinessLink, ahead of WeWork and NewWork.

WeWork, the largest coworking operator globally, reported the strongest expansion in CEE capital cities in the last 12 months. It opened its new offices in Moscow, Prague, and Warsaw. HubHub was the only new operator who decided to grow in Budapest.

“The coworking market is truly booming. This segment is growing at a rapid pace across the CEE region. Large operators are looking to enter not only the largest European capital cities but also to expand into smaller markets. In Poland, expansion on regional markets will be interesting to watch in particular as prime locations for tenants of this sector in Warsaw appear to have already been taken up,” said Mikołaj Niemczycki, Associate, Coworking Clients Manager, Office Agency, Cushman & Wakefield.